The Halfway House Heritage Garden Group celebrate and ackowledge the hard work of our volunteers and the Wellington City Council throughout 2015. 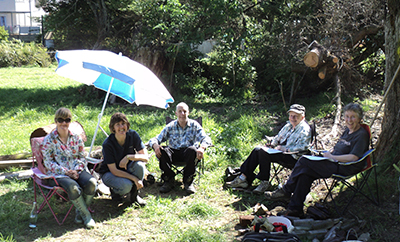 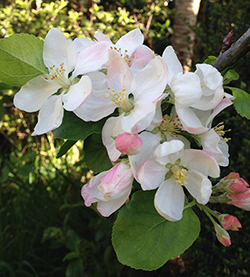 People in the local community were invited to pre-purchase heirloom fruit trees for the Halfway House Orchard as Christmas presents. A total of 16 trees were purchased. These will be planted in the winter of 2016. 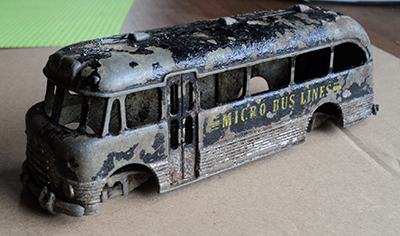 Small treasures unearthed when clearing pest plants. Through the work of collecting and cleaning china, glass and old toys, Paul has made contact with English potteries. Some of the china marks he has photographed now appear as examples on their websites. Photo: Paul Bicknell 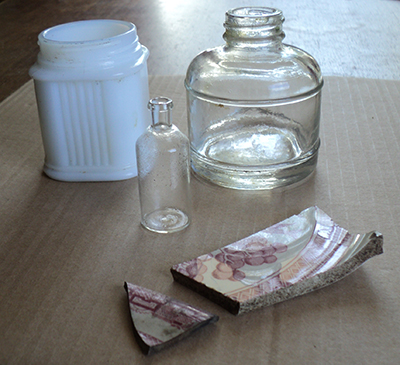 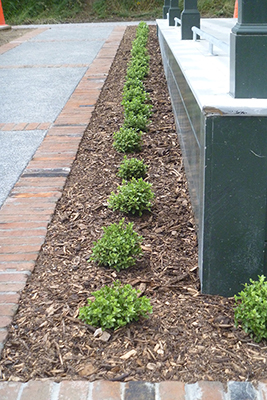 Plantings of pittisporum 'midget' along the house frontage. This is a good native alternative to buxus hedging, which is prone to mildew. Funded by Wellington City Council. 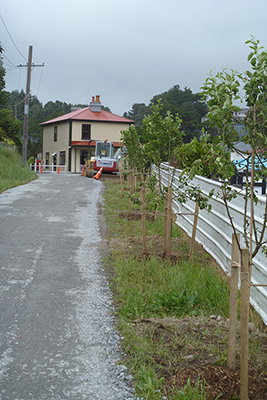 Driveway plantings of crabapple, funded by Wellington City Council. The Garden Group suggested hawthorn, which is wind hardy and typical of what early settlers planted in the locality in the 1840's and has not proved to be a pest plant here in Glenside. We will watch with interest, how the crabapples perform. 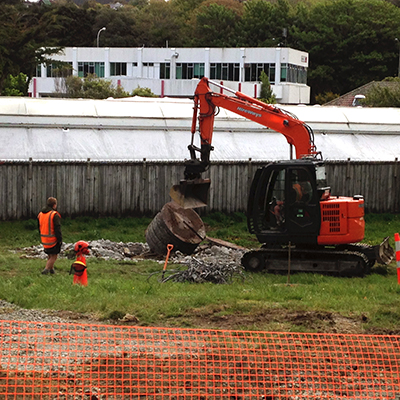 Crushing the crane weight that had been dumped, by persons unknown, on the Reserve years ago. 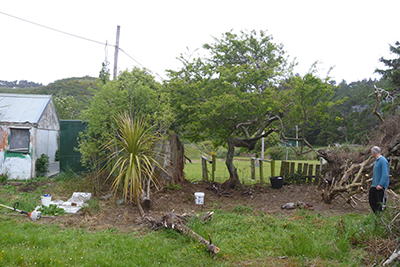 Under the old plum tree. Paul, surveying his handywork in the original orchard. He spent hours removing glass, wire and other non organic refuse in readiness for bee friendly plantings. 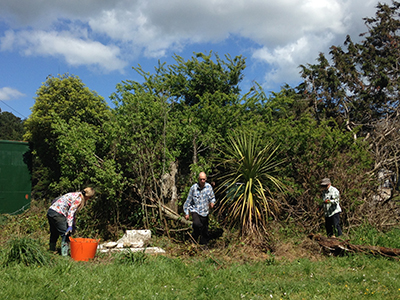 Carolyn, Paul and Joan, clearing pest plants in the old orchard in readiness for the heirloom orchard. 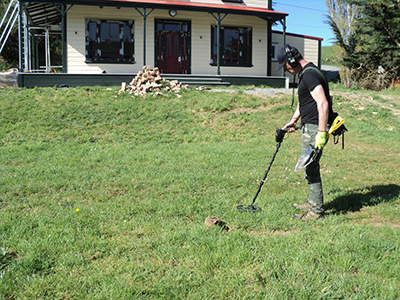 Metal detecting prior to disturbing the soil 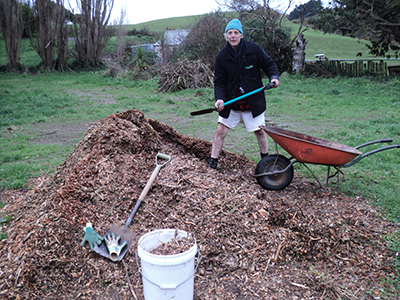 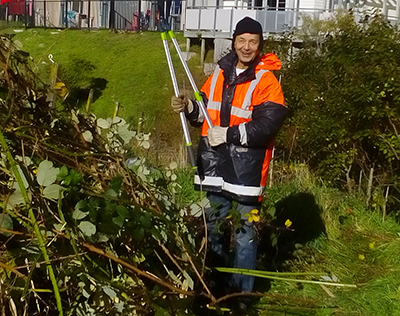 Death to the blackberry. Thank you for helping Sabah! Glenside is famously remembered for its blackberrying season. Unfortunately, blackberry is a pest plant in Glenside, overtaking pastures and streamsides. We have replanted the streamside at the edge of the lawn in native plantings, including kowhai and makomako. 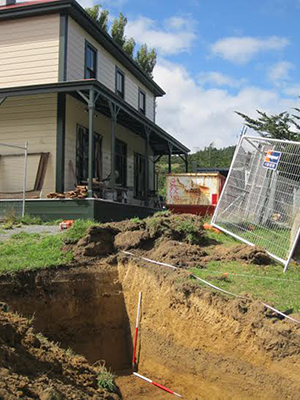 Before we could start planting, Wellington City Council paid for an archaeologist to check out the site. The photo above, shows that the house platform is cut into the original hillside slope. The photo below, is where the kitchen garden was once located. 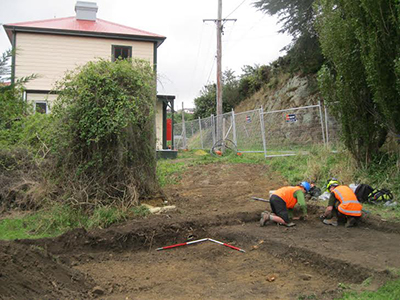