Photo of lily of the valley to come

Convallaria majalis - Lily of the Valley.

Queen Victoria commissioned a painting by Franz Xaver Winterhalter (1805-1873) to commemorate the 1st of May 1851. Titled 1 May, it commemorates the first birthday of her son Prince Arthur, the eighty-second birthday of the prince's godfather, the Duke of Wellington, and the opening day of the Great Exhibition. In his hand, the baby Prince Arthur holds Lily-of-the-valley, a traditional 1st of May gift said to bring good luck. 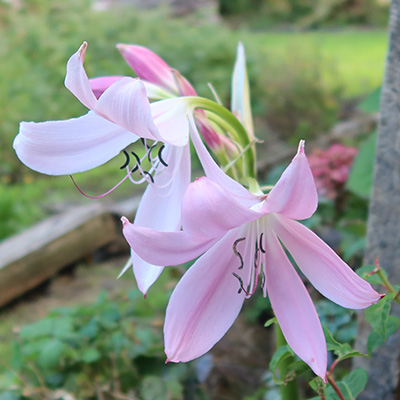 The Crinum originates from southern Africa. We believe our variety is Crinum moorei, a hardy bulb, growing best in semi shade. As it ages, the trunk of the bulb grows up out of the ground creating an extraordinary and unusual sight. The bulbs grow large and heavy. The flowers, on tall fleshy stalks, are pink and scented.

In 1897 a range of varieties of Crinum were listed in a gardening article and described as popular. Lyttleton Times, 1 March 1895, p2. 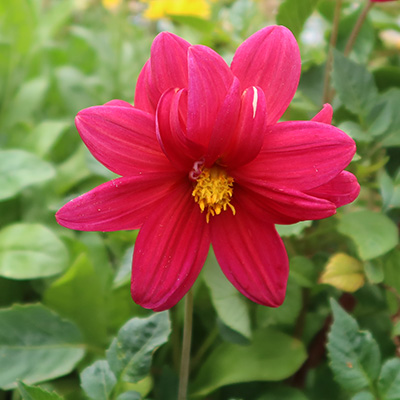 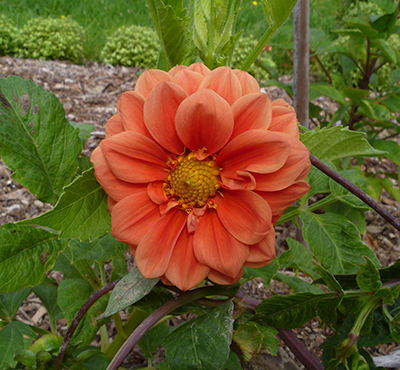 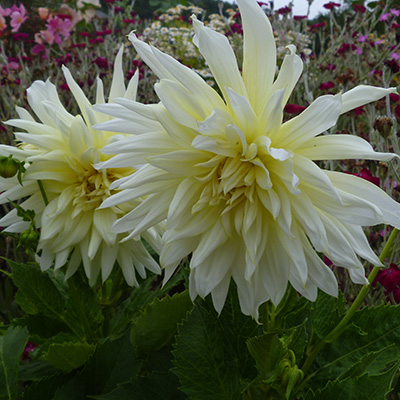 A mix from old gardens. Great for attracting butterflies and bees into the garden. 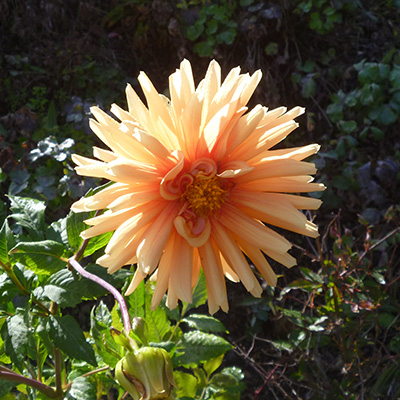 The tubers of this apricot coloured dahlia originally came from the 1930's Kelburn garden of the G & G Nelson, parents of Heritage Gardener Claire McDonald. On her marriage, Claire took some tubers to her own home and when she moved house again, in 2020, and joined the Heritage Gardeners, she brought her favourite dahlia with her. 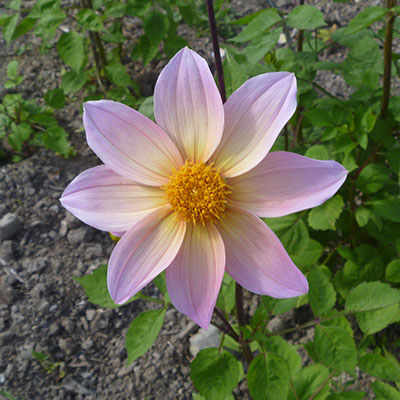 Maida Baddiley lived to the grand age of 106 years. Her dahlia, which is affectionately known as ‘Mrs Baddiley’s dahlia’ is an old pale pink single bloomed variety. It was originally grown in her garden at 14 Newtown Avenue, Newtown, Wellington. She took it from there to her garden in Paparangi in 1973. She gave bulbs to her next-door neighbour's, who are our Heritage Gardener’s! 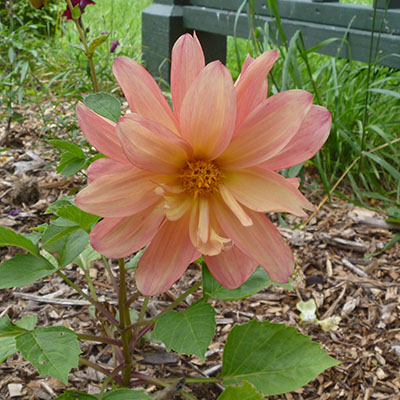 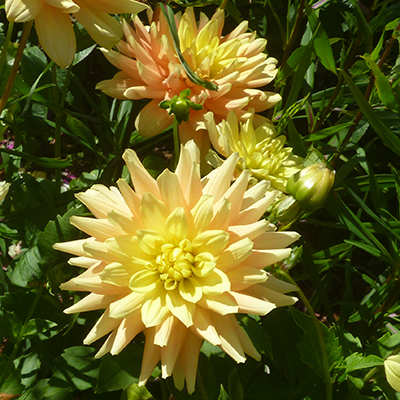 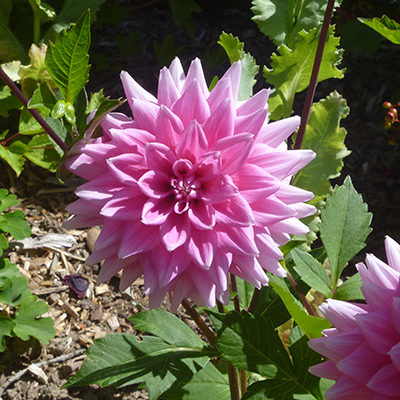 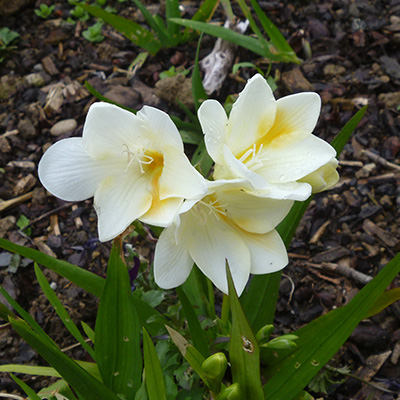 Throughout 1909-1910 Clara Burton was winning prizes for her freesias at the Nelson Horticultural Show and Presbyterian Church flower shows. In January 1911, she advertised her freesia bulbs with “extra-large cream flowers” for sale in the Nelson Evening Mail.

By 1913, the freesias were such a success, they made News of the Day in the Colonist - “We have to thank Miss Burton, of Halifax street, for some beautiful specimens of freesia blooms. These blooms are of great size and delightfully fragrant.”

The Burtonii freesia can only multiply by bulb, not by seed, so it is somewhat ironic that the Nelson Seed Company began selling them in 1924. The Timaru Herald of 2 April 1932, p8, provides an excellent description of the freesia (below). The Burtonii freesia continues to be available from bulb suppliers today. 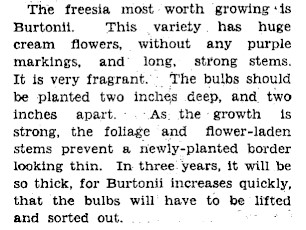 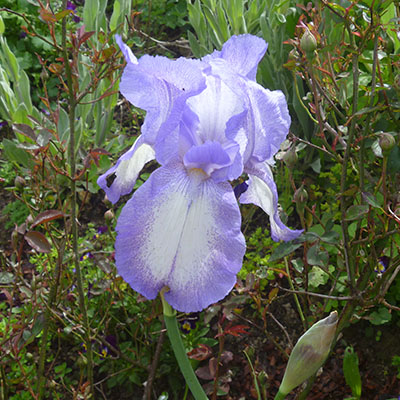 This 'as yet unidentified' iris came from the former homestead garden of the Broderick family, of Woodlands, Glenside. The Broderick's lived in Glenside from 1845-1968. 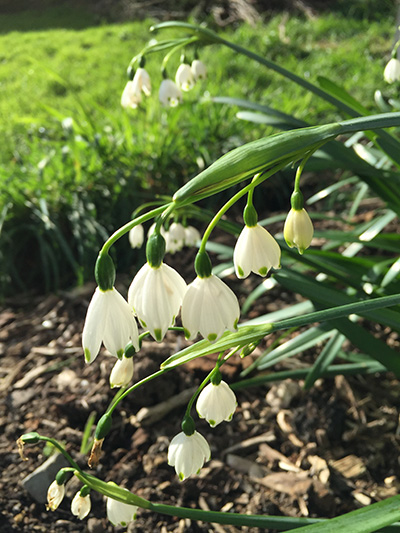 In New Zealand we call this bulb the snowdrop. In Great Britain it’s known as the Lodden Lily or Summer Snowflake. You will find this bulb growing at most pre 1900 farm gardens in New Zealand and in paddocks where original houses no longer exist. Ours came from Nott House, aka Ivy Bank Farm. 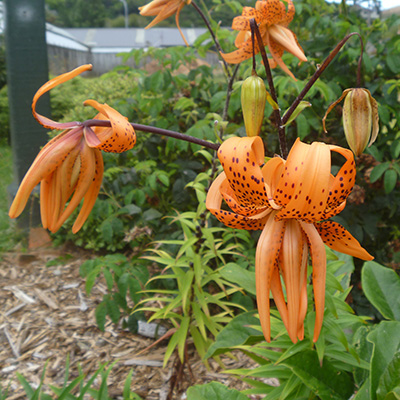 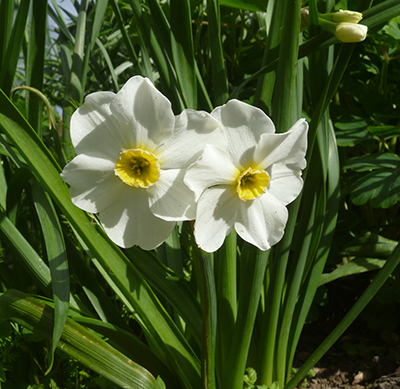 “Generally knowne everywhere,” wrote the great herbalist John Gerard in 1597 about this fragrant wildflower he called Primrose Peerless. The bulbs were found growing along the banks of the Halfway House and were relocated to the garden. They also grow on the possible 1841 site of an earlier Halfway House occupied by the Wall family. The bulb has two blooms per stem, hence the name Twin Sisters, or Loving Couple. This is an original flower from old settler gardens in Glenside.

In 2018, a collection of these bulbs were donated by Peter and Pauline Russell from their garden. They had harvested the bulbs from the possible Halfway House site opposite their home. In 2019, when this section vacant section was bulldozed, more bulbs were rescued from the site. 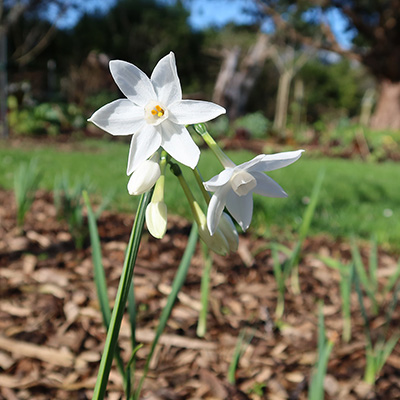 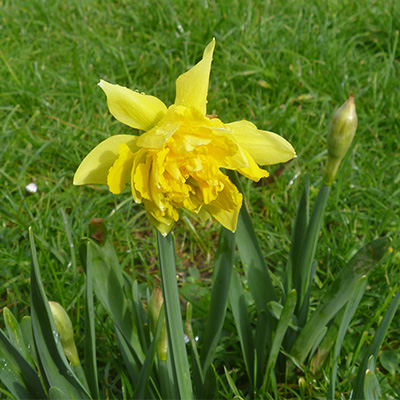 On the 14th and 15th May 2020, to celebrate the return to gardening after 49 days absence due to New Zealand’s Covid-19 lockdown, the Heritage Gardeners planted approximately 100 Van Sion daffidol bulbs on the lawn bank. A further 100 bulbs were planted in 2021. Van Sion is an heirloom bulb found at early settler garden sites in Glenside.

In his article Daffodils from the past in the New Zealand Garden Journal, 2014, Vol. 17(2) Derrick Rooney says that Van Sion’s double daffodil was first described in 1629 in his book Paradisi in Sole Paradisus Terrestris by prominent apothecary and botanist of the day, John Parkinson (1567–1650).

Rooney writes “The story of Narcissus ‘Van Sion’, as told by Parkinson, is that a Flemish born London gardener, Vincent Van Sion, had a small daffodil that he nursed along for many years before it bloomed. When, at last, a fat bud appeared and opened, it proved, to his delight, to be a double flower. Like a modern gardener, when his treasure increased Van Sion shared it with his friends. He did not name it but to Parkinson, who received some bulbs, it was “Van Sion’s daffodil”. However, some of the bulbs had gone to a florist named Wilmer and, after Van Sion’s death, this man introduced the clone under his own name, apparently much to the annoyance of Parkinson.” 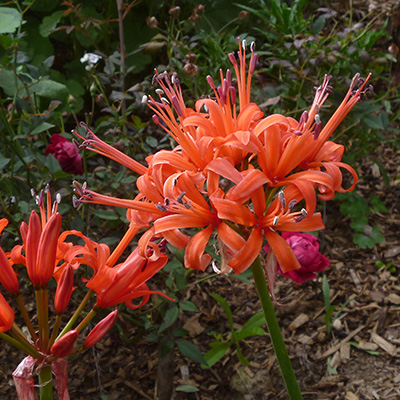 Originating from South Africa, this plant has been growing in the Guernsey Isles for more than 300 years. Legend has it that the bulbs washed ashore in a Dutch shipwreck in 1659. The South African National Biodiversity Institute website informs that sarniensis refers to the Island of Sarnia, the Roman name for Guernsey.

In 1878, Sir John Everett Millais, painted “The Jersey Lily”, a portrait of Lillie Langtry, then mistress to the Prince of Wales. In her hand she held a Guernsey Lily.

“Nerine Sarniensis - Guernsey Lily - is well known, yet not as plentiful as it should be. The flowers are a rich scarlet, with a sheen of gold, a chaste and lovely flower.” Gardening Notes. (1899, April 15) Evening Post.

Our bulbs originally came from the Kelburn garden of G & G Nelson, parents of our Heritage Gardener Claire McDonald. 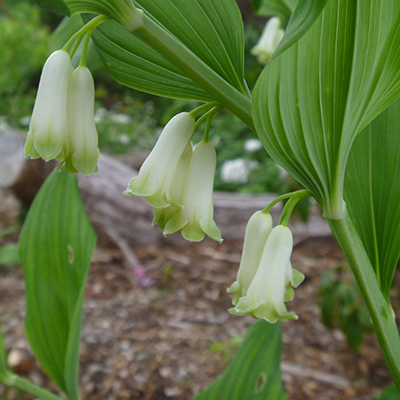 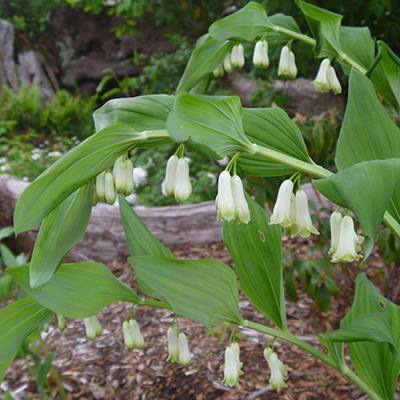 Good for ground cover in a shady place. Has arching fernlike fronds hung with white flowers, followed by inedible berries. Dies down completely in winter. Perennial.

Parts of the plant have been used in healing and medicinal purposes for centuries across Europe and North America and the Far East. Named for King Solomon’s Seal in the Bible, which had power for one thing: to provide protection from malevolent forces. (Refer Cortesia Herbal Products – Solomons Seal).