Scroll down to see the progress achieved by the Heritage Gardener's in 2018, with the support of the local community and Wellington City Council.

This year we voluntered 404 hours on site, up from 389 hours last year. As part of the Predator Free programme we trapped 13 rats, seven mice and two hedgehogs. 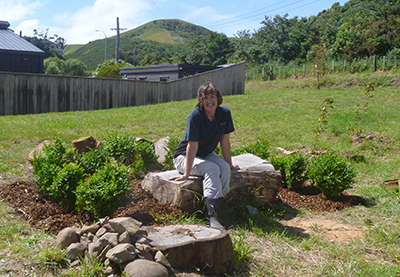 Claire (pictured) and Carolyn planted a box cave and made a lizard garden. 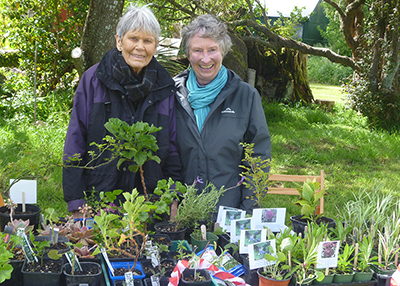 We supported Heritage Week by hosting World War One The Home Front, A Peace Celebration. It was our annual fundraiser selling heritage plants to raise money to buy plants.  The funds raised will pay for a new hedge. Pictured are Hazel and Lorna. 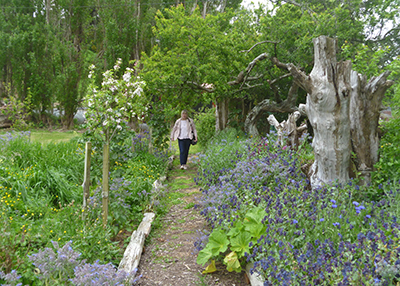 A visitor on the garden path during Heritage Week, World War One, The Home Front. 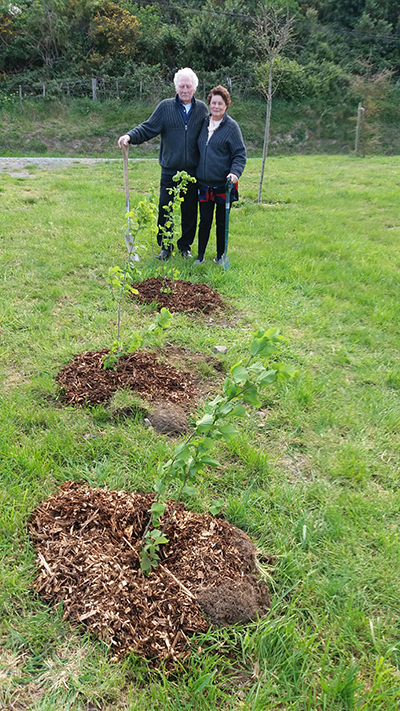 Lori and Mac McAllister planted three hazel trees in memory of early settlers Adam and Janet Reid, and their daughter Margaret. The Reid's came to live at The Halfway soon after arriving in New Zealand in 1840. The hazel represents the hazel on the Glasgow Coat of Arms - the city in Scotland they migrated from. Janet died soon after arriving. Her daughter Margaret was aged seven at the time and later orphaned at the age of 17. Margaret married a Wanganui soldier and was the first pakeha (white) woman to live in Patea. At the age of 38, she was the first white woman to be buried there. 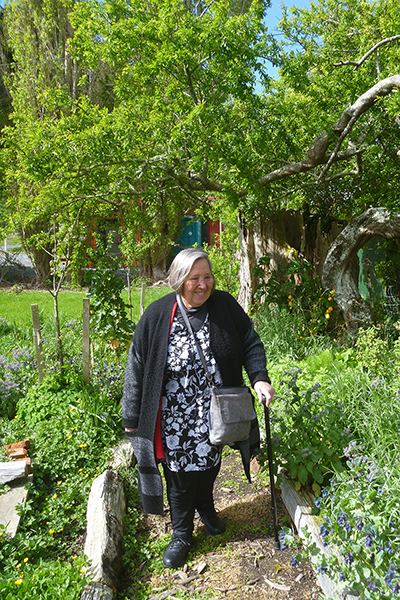 Heritage gardener Patricia, enjoys a stroll through the garden in spring. 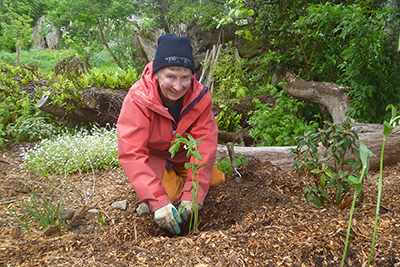 Lorna planting Solomon's Seal. This ancient plant is known for its medicinal and healing properties. 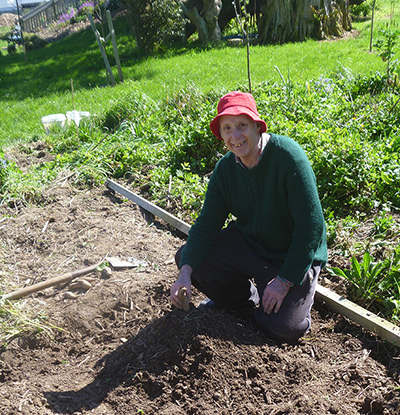 Paul planting heritage kumara taputini. In the early days of settlement, the Maori people from the Otaki gardens would trade their vegetables with settlers living along the track between Porirua and Wellington. 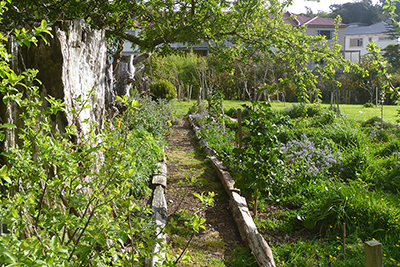 The orchard pathway in spring. During the winter we lined it with early settler totara fenceposts, hand split by men working at Glen Appin farm, Ongaonga, more than 100 years ago. Gifted by Ted Bibby of Glen Appin. 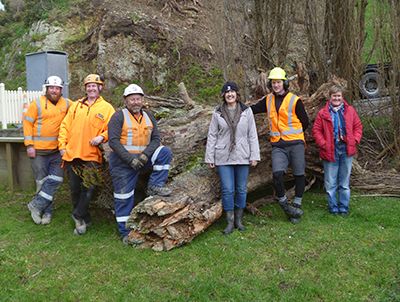 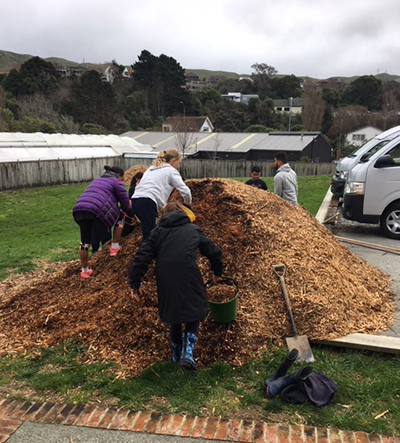 In early August, a class of 30 St Brigid's school students helped out by moving and spreading a mountain of mulch to protect new plants.

Teacher Lorna Webb said the Year 7 and 8 pupils (aged 11-12) were participating in the school's on-going focus "connecting with community through service". She said the project was an ideal one for the students, who like to get physically involved. 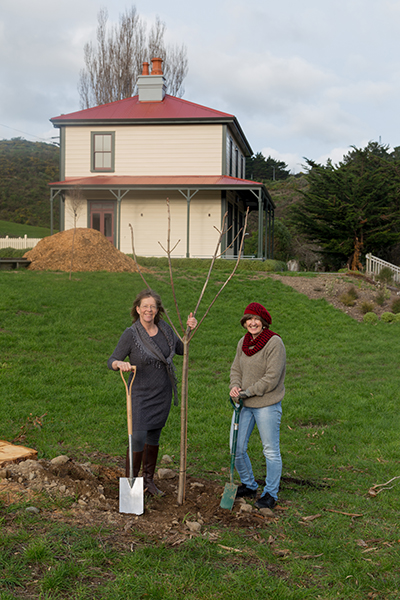 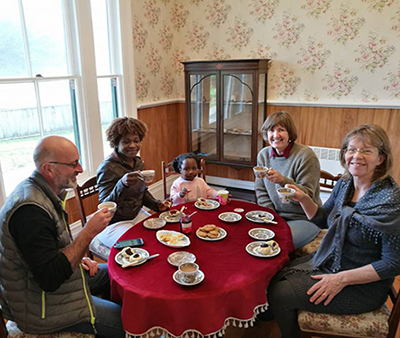 Former Mayor Celia Wade-Brown planted two flowering chestnuts, a red and a pink, in the Halfway House heritage garden on Sunday, 10th May, 2018. The ceremony was followed by afternoon tea. During Celia’s term of office, from 2010-2016, she enabled the renovation of the house and provided a Mayoral grant for the heritage garden. 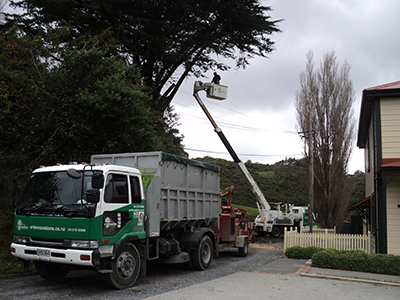 The big macrocarpa comes down. This tree was at risk of falling on the house. Its removal will give the garden four additional hours of sunshine in winter. A champion project well executed by Arbinnovations who had to protect the house and electric wiring and allow access to users of the shared driveway. 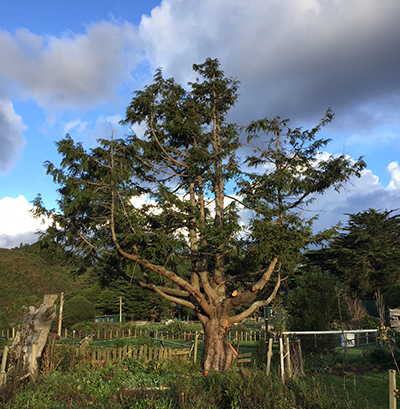 Arbinnovations turned a scrubby lawsoniana into a feature tree with some deft chain-sawing. Well done team! 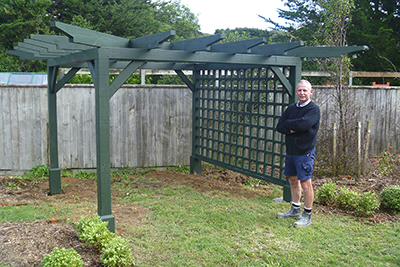 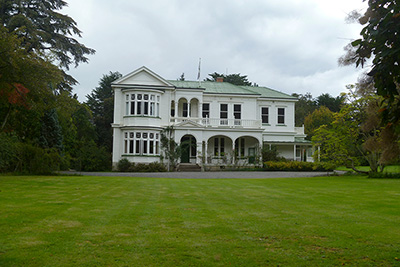 Heritage fruit and heritage seed from Central Hawke's Bay were collected for Glenside's heritage garden in March. These were a crown of rhubarb from Waipawa, originally grown by Jack Coles at Ongaonga; parsnip seed, from c1880 parsnips, which are growing wild on an Ongaonga roadside; and 1890 raspberries 'semper fidelis' from Gwavas Garden Homestead, which were  originally planted by A.S.G. Carlyon of Gwavas. Pictured - Gwavas homestead in early autumn when the Glenside gardener's visited. 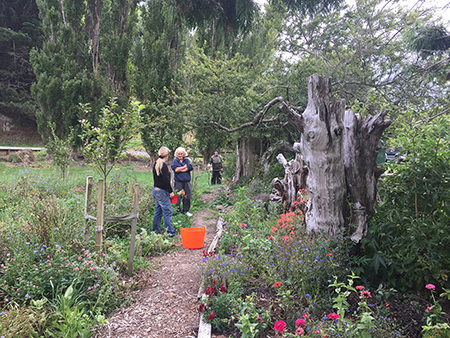 A mid-summer morning in the garden. Heritage gardeners on the orchard path. Love this image! 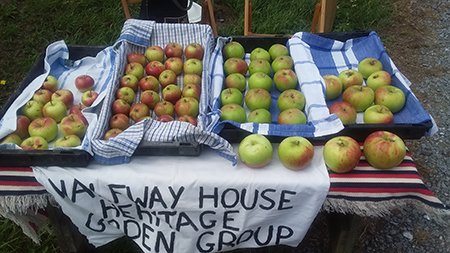