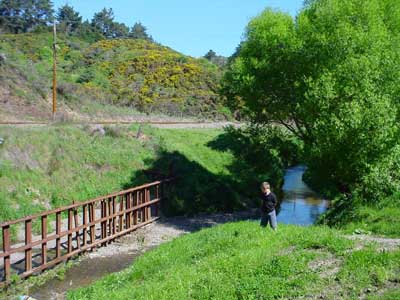 This is what the stream looks like in normal conditions. 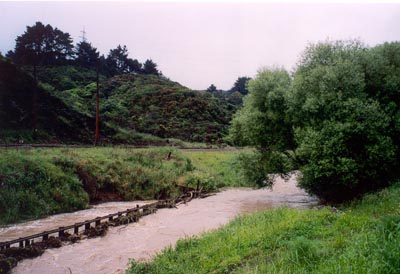 Here is the same scene in flood conditions, November 2001.

The Debris Arrestor catches flood material, preventing it from knocking out bridges downstream and washing into Porirua harbour.

The planting site required plant types that would hold in the streambanks and withstand wet soil.

At the same time, the plants on the steep roadside banks needed to survive dry rocky soil. 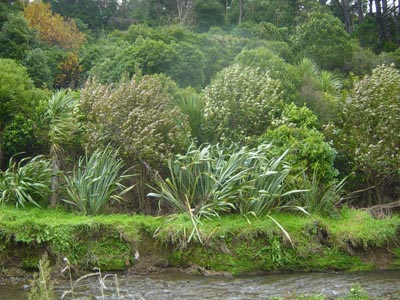 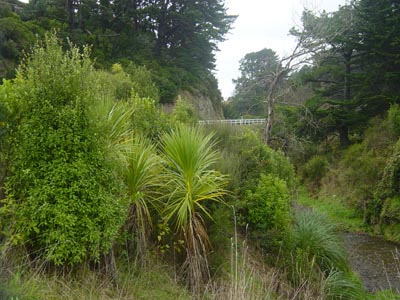 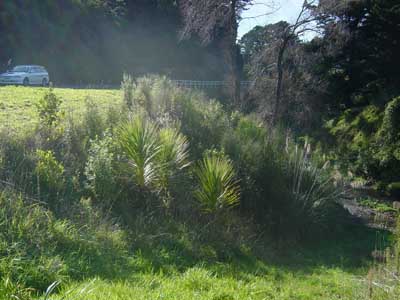 Debris Arrestor: The same scene as above in 2006 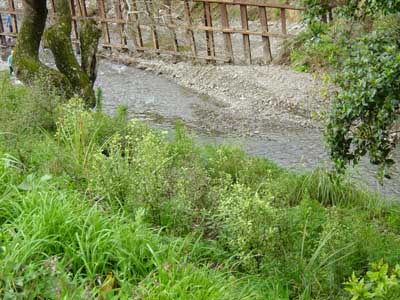 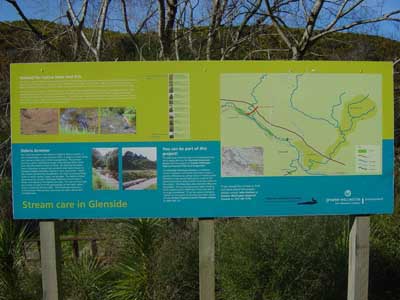 The sign explains the purpose of the debris arrestor, the fish types found in the stream and the plant types.