During WWII Glenside was a strategic location for Army manouvres.

The hilltops were used as radio transmitting sites by American soldiers. There were two properties used regular for this purpose, one of which was Braid Cottage. The other was across the valley. The same two hills are now fitted with cellphone transmission towers.

A NZ Army encampment was based on the land now known as The Glenside Reserve.

Concrete blocks were placed at strategic sites to be rolled across the road to prevent the enemy advancing. Strategically placed “anti-tank traps” had removable covers so railway irons could be inserted vertically down the holes to prevent enemy vehicles passing. 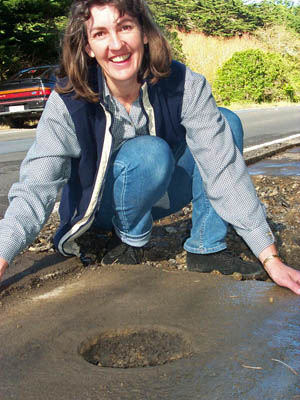 These anti-tank traps are located on Middleton Road under the asphalt north of Richmond Hill.

In the floodway of the stream near-by are concrete blocks and pyramids, which also formed part of the anti-tank system. 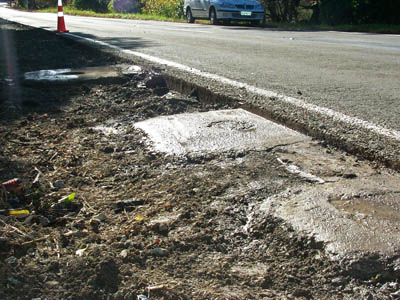