On Sunday, October 7th, 2018, Glenside residents teamed up to relocate a stone from a local garden to its new home on Stebbings Road. The stone is to commemorate long-time Glenside resident Niven Bartlett, who passed away this year. Niven was a member of the Glenside Restoration Group, revegetating the Stebbings Stream below Stebbings Road, with native plants.

"The final location close to the swale was loved by Niven where he put in a lot of work to help restore the stream banks and walkway," said organisor Barry Blackett. 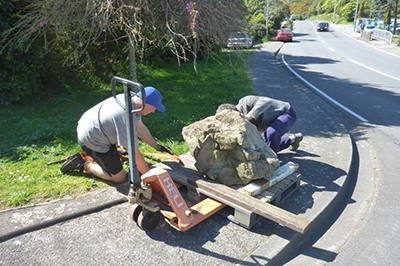 Those involved were Glenside Road residents, Barry Blackett, Keith Bond, Paul Davidson and John Rowe. Resident Esther Kiernan donated the stone. Matt Robertson of Parks and Reserves and Stephen Harte, Council Road Engineer gave permission for the work to be carried out on the berm and to use the final location on the road reserve. James Cameron of Twigland Garden Centre lent the pallet lifter which was used to transport the rock almost a kilometre to its new site. The next step will be to embed the stone, surround it with plants and install a memorial plaque. 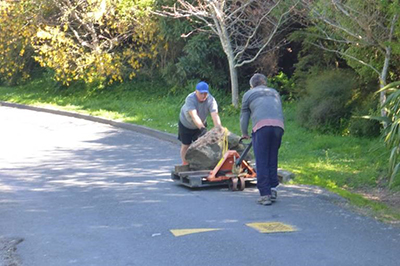 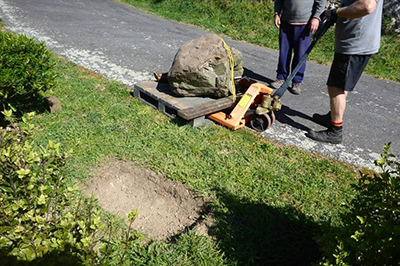 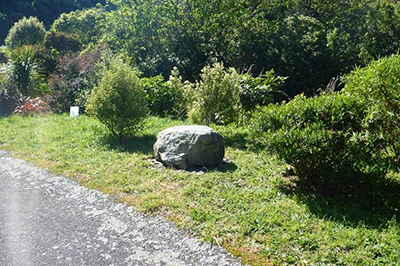