Dr Jellyman and the eels 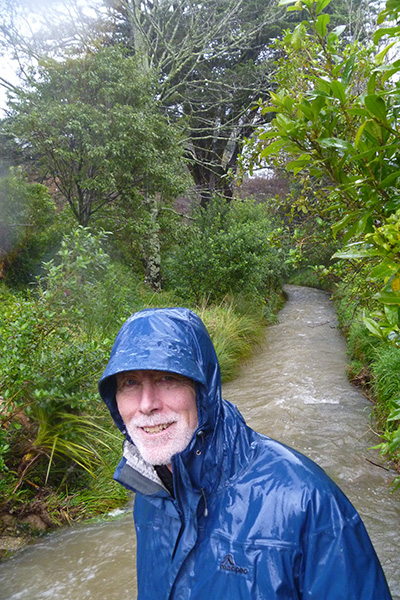 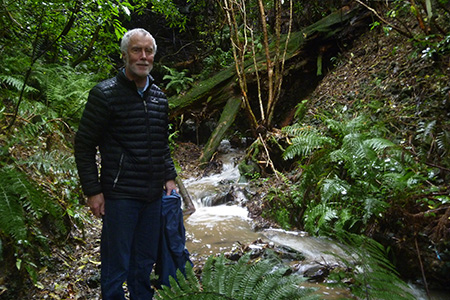 Study the culverts, plant cabbage trees, and meat is the treat, was some of the advice passed onto residents of Glenside by eel expert Dr Don Jellyman.

Dr Jellyman visited four streams in Glenside with local residents. He spoke highly of the tree cover over the streams, and pointed out areas where enhancements could be made by planting native grasses along the stream edge. He said eels love the overhangs provided by stream-banks but also like the concealment and cover of grasses.

He advised the Association that studies had proven that cabbage trees were the best native plants for long-term stability of stream banks.

He said the riffles in the local streams are good for producing food and are fish spawning areas and that the pools in the Stebbings stream were a good refuge for fish. However, the sediment in the stream is a concern.

Residents were advised that the fish recorded in the NIWA database for the upper Porirua catchment are migratory. Dr Jellyman encouraged the residents to engage University students in researching barriers to fish migratory passages. Potential barriers were the Stebbings Dam and the culvert beneath Monterey apartments, however there may be ways to rectify these barriers and enable fish to migrate upstream.

The residents were advised that eels have an important role in keeping streams clean. Meat is their favourite food and it was not good for them to eat bread.

The Glenside Progressive Association flew Dr Jellyman up from Christchurch for the Annual General Meeting.