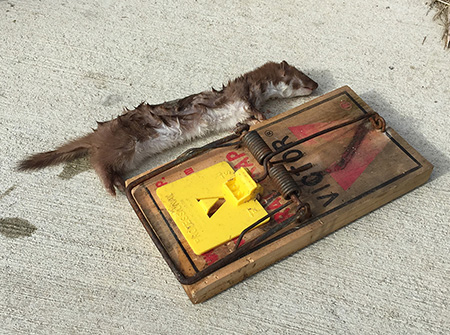 This stoat was trapped by the Heritage Gardeners at the Halfway House in February, 2017. It’s the second one caught in Glenside. The previous one was trapped on a Rowells Road property late last year.

Currently 25 households in Glenside are trapping possums and rats. To catch a clever stoat, is a bonus.

Glenside was officially accepted by the Enhancing the Halo panel to be a predator free community, along with Crofton Downs, back in August 2014. Glenside residents were awarded $5000 to buy traps toward a three year trapping programme.

This year, as the suburb comes to the end of the Halo programme, it will transition to Predator Free.