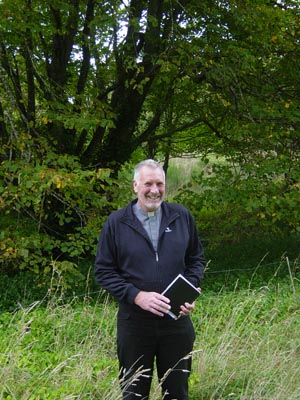 The Vicar is standing on the route of the proposed Westchester Drive extension. Behind him is the Stebbings Stream, fringed with elm trees, descendants of those planted by an early settler who was a cartwright and used elm wood in making the wheels.

Through the trees behind the Vicar is the house site of Glenugie.The Henderson and May family lived here from 1886-1901 and passed on memories of the grave to their descendants.

The Vicar is facing an area where a woman, and possibly her child, were buried c1841. He could be standing near where Bishop Selwyn, early settler Mrs Susannah Wall and the deceased woman's husband stood in 1842 when they came to bless the burial site.

Preparing to uncover the gravesite

Wellington City Council and archaeologist arranged for ground truthing to take place on 31 March 2009. Ground truthing involves digging or scraping soil away from areas where the magnetometer readings identified magnetic changes to the soil. The archaeologist Mary O’Keeffe advised that if a grave was found, she had permission to uncover it to determine the age and sex of the person or people buried there.

The community felt it was appropriate that the land and site be blessed first. As Bishop Selwyn had undertaken the first Church blessing of the burial site in October 1842, the Assn. invited the current Anglican Bishop for Wellington to carry out the 2009 blessing. The Bishop had another commitment and Vicar David Nimmo of St John Anglican Church was invited to take his place.

To set the scene for this significant blessing, here is a description of the Bishop Augustus Selwyn’s visit to the gravesite 167 years ago, as written by early settler Susannah Wall.

It is followed by the Bishop’s own diary entry of that day, and then by the blessing of Vicar David Nimmo on 31 March, 2009.

The extract below is from a letter written by Susannah Wall to her sisters in December 18, 1842. The original is held in Alexander Turnbull Library. In her letter, Mrs Wall writes of Bishop Selwyn visiting the gravesite on his first visit to Wellington. He traveled to Wellington by ship from Auckland and returned on foot, passing the Wall’s home on his journey north. The spelling is as it appears in the text when it was published in Barbara and Robin Kay's book Anthony Wall, Settler of Porirua: The Papakowhai Story.

Bishop Selwyn begins by explaining that he had attended the death of a faithful friend and companion, W Evans, on 3 October in Wellington. He makes no mention of passing by the Wall's at 4:00 pm, or of blessing the grave with Mrs Wall and the deceased woman's husband. However his diary suggests he camped nearby.

From Wellington to Otaki

"After the funeral I immediately made my preparation for my land journey, and left Wellington on the 10th October, with a train of twenty-eight natives, carrying tents, beds, food, clothes, etc etc. My English companion is Mr. St Hill. Our first day's walk was only nine miles, as we could not leave Wellington till three in the afternoon. At six p.m. we encamped in the middle of a wood, with the river Porirua running by our side. The natives soon made large fires, and gathered fern for our beds; and as soon as our preparations were completed, we closed the daylight, according to invariable custom, with evening service and hymn.

The scene after dark was very beautiful; with the groups of natives round their fires, and the dark foliage of the wood overhead, with our little white tents under their shelter. On Tuesday, October 11th, we walked five miles to the estuary of the Porirua river..." 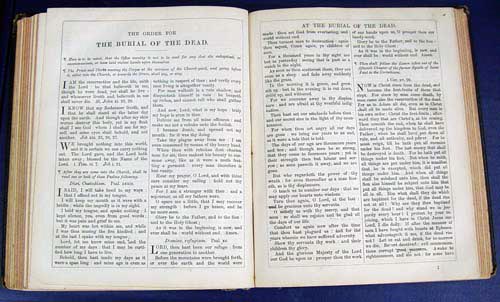 Before reading the service, Vicar Nimmo said that it was not unusual that a community such as Glenside would remember a person being buried for so many years and not know the person's name. He said that in the past, the name of the person who had died was not said during the service and the ceremony did not focus on the individual as they do today. Instead, the service was an acknowledgment of the future and where the person was going. 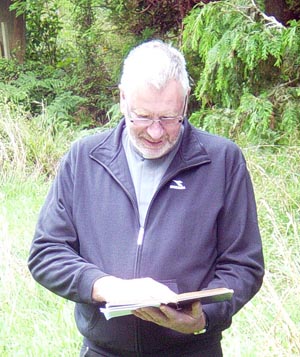 We acknowledge that this may be the final resting place for an unknown mother and child interred a long time ago in our nation's history.

We come now to honour their memory

And to invoke your blessing if their graves should be disturbed.

We intend no disrespect to their place of burial

And would treat this as hallowed ground,

Sanctified by the tears of loss

And the anguish of separation.

Grant to this place your peace that passes all understanding,

Bring comfort to those who are troubled by what needs to be done.

Strengthen our hope in the promise of continuing life,

Now and for ever and ever,

Through Jesus Christ our Lord.

The gravesite was not located. The archaeologist will be present on site should the earthworks for the proposed road be approved.